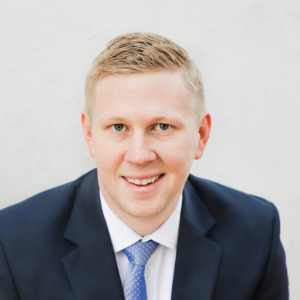 When Chad is not working hard to resolve his clients’ cases he spends his free time with his wife Ashley and their four kids, Peyton, Levi, Kingston, and Navy. Chad loves spending time outdoors, playing sports, and coaching his kids’ basketball and soccer teams. As a third generation Arizona native Chad is committed to bettering his community and uses the law to achieve this goal.

Graduated from Arizona State University in 2014

Graduated from the Arizona State University College of Law in 2017