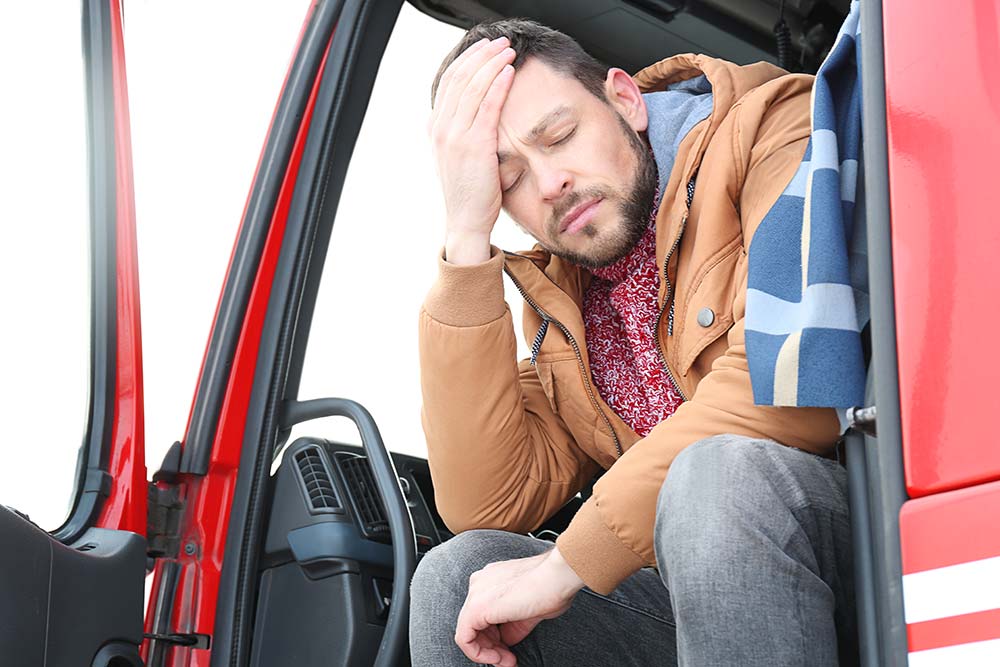 Our client was injured when a semi-tractor trailer ran into her passenger car from behind.  When the trucking company failed to provide us with documents we requested, we filed a lawsuit and scheduled depositions of the corporate officers, as well as the driver.  The insurance company for the trucking company hired a seasoned attorney from a large Phoenix law firm – an attorney who has defended trucking companies for years.

With this in mind, we subpoenaed the needed documents.  We were informed we could travel to Tennessee and look through their corporate documents, but they would not take the time to review them and find them for us.  So, attorney Matt Riggs flew out to Tennessee with the defense attorney and our trucking expert.

The “corporate offices” of the trucking company consisted of a trailer on a vacant lot with a fifth wheel trailer stuffed full of boxes.  Matt spent the entire day taking box after box out of the 5th wheel (even crawling on top of boxes) to find the needed information.  Toward the end of the day, Matt followed an impression he received to crawl over many boxes to the back of the trailer.  He pulled out a box and brought it into the trailer-office for the expert to inspect its contents.  Jackpot!

Not only were we able to find the driving log for the trips of the driver leading up to the day of the accident – that showed the driver was over-hours according to the Federal Motor Carrier Safety Regulation – but inside the box were names of former employees (with phone numbers) who no longer worked for the trucking company.  After returning to Arizona, Matt called all of the former employees on the list.  Most of the former employees were unwilling to talk.  However, three of the former drivers indicated that the owner required them to driver over hours (meaning they were tired while driving).

So, Matt flew to Florida to take the deposition of the owner of the trucking company.  While in Florida, Matt drove to the last known address of the at-fault truck driver (who the company was supposedly unable to locate).  Matt found the driver and was told the owner let him go from the company, but purchased a very expensive truck for him (presumably to keep him quiet and hidden).

Armed with this powerful evidence against the trucking company, the company realized they would be eaten alive at trial.  Thus, they offered enough money to resolve the case prior to trial.