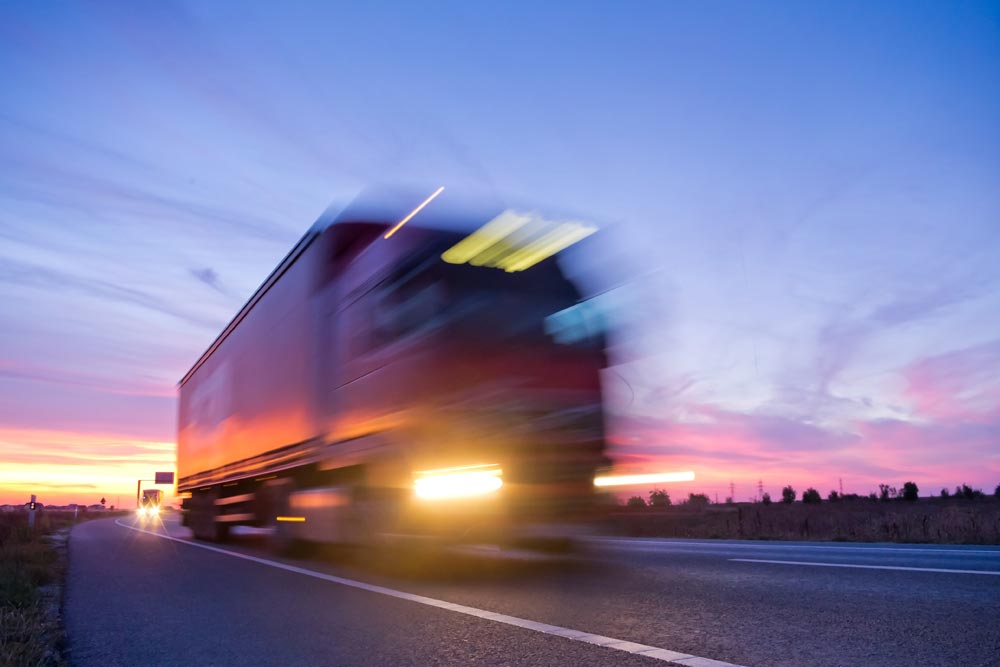 A wonderful young couple received great news: they were pregnant!  They were so excited to have this baby.  They could not afford a house in the city, so they moved into a new house in a rural area.  They prepared a room for the newborn.

Both husband and wife traveled into town for their job and had to drive many miles on a high-speed, two-lane highway to get home after work each day.  On the evening in question, husband was home waiting for wife.  She called to let him know she was on her way.  He looked forward to having dinner and enjoying a peaceful evening together.

A man driving a commercial 18-wheel vehicle was making a delivery to a location that required him to travel on that 2-lane highway.  As he turned onto the highway, he was unsure whether he was going the right way or not.  Rather than pulling over and consulting a map or calling his dispatcher for help, the truck driver decided to make a U-turn on the highway.  He maneuvered the tractor-trailer unit to right side of the roadway, then crossed the road.  When he went off of the roadway on the other side, his read tractor tires lost traction.

He exited his truck to see what he could do.  His trailer unit was perpendicular to the roadway (straddling the roadway), and covered both lanes.  It was night-time and dark outside with no street lights.  The driver saw the wife’s vehicle coming toward him from a distance.  He ran toward her car waiving a flashlight.  There was a prison facility nearby and she knew not to stop for anyone flagging her down.

When she realized there was a trailer across the roadway, she slammed on her brakes – leaving a skid mark over 125 feet long.  Unfortunately, her vehicle went underneath the trailer.  She (and her baby) were instantly killed.

We took the deposition of the company’s Safety and Compliance Manager who testified the driver was trained to never make a U-turn with a tractor/trailer unit.  He was trained to immediately put out reflective triangles when the tractor/trailer unit became disabled to warn traffic of the dangerous condition. We were able to prove the driver failed on both accounts.  The driver testified: 1) Orange, reflective, warning triangles (international warning symbol) were in his vehicle; 2) He was stuck for four to five minutes before the accident occurred; 3) He failed to set up the triangles; 4) When he saw the woman’s vehicle approaching, he climbed out of the cab of the truck, fell down, then ran toward the oncoming vehicle waving a flashlight up and down, as well as side to side.

We hired both a trucking expert, an economist expert and a lighting expert.  The data from the “black box” of her car indicated she was traveling with her cruise control set at 73 miles per hour in a 65 miles per hour zone.

Only after asking the court to force the trucking company to provide us with its policies and procedures manual did we learn drivers were trained as follows:

“U-turns with a tractor/trailer on a public roadway are prohibited, day or night.  Any time you block lanes of travel, you are creating extremely dangerous conditions, especially at night.”

Prior to trial, the case resolved with a confidential settlement amount that brought justice to our client for the loss of his wife and unborn child.