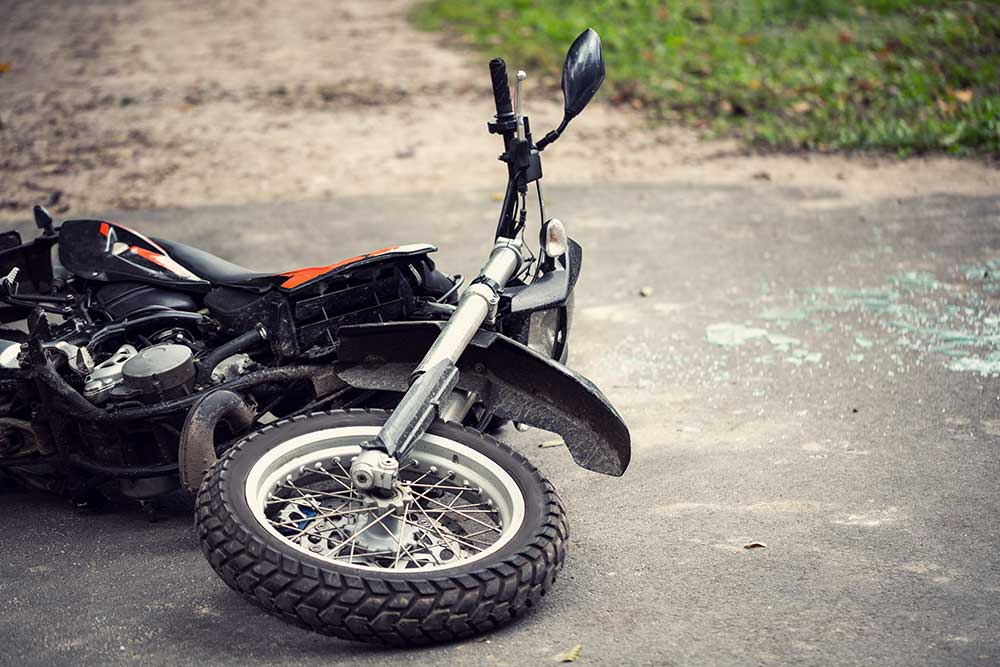 Our client’s husband rode home from work on his motorcycle.  They lived in rural area surrounded by farms.  It was a clear day and drivers could see many miles ahead.  Husband traveled eastbound on a very straight road.  The speed limit was 45 MPH.  According to the driver and passengers of a vehicle traveling only 4 car lengths behind him, visibility was clear except for a dust cloud blowing across the roadway from a farm on the south side of the roadway.

Dust clouds coming from farms were very common in that area.  The dust clouds were local to the areas where trucks and farm equipment were moving on dusty roads adjacent to the farms.  Anyone familiar with the area knows these dust clouds move across the roadway, then dissipate quickly.

Unbeknownst to our client’s husband (and the driver and passengers in the car following him), a semi-tractor trailer weighing over 70,000 pounds and carrier silage from the field had just exited the farm and was on the roadway inside the dust cloud.

Our client’s husband entered the dust cloud, ran into the slow-moving trailer unit and was instantly killed.

We filed a claim against the insurance of the trucking company.  They denied liability indicating that it was the fault of our client’s husband for entering into the dust cloud and running into the back of the trailer.

We filed a lawsuit.  Matt Riggs flew to New Mexico to take the depositions of the owner of the trucking company, the driver of the truck and another driver who was there at the time of the accident.  The driver testified he never saw the motorcycle and never saw the passenger car behind the motorcycle because his vision was limited.  Thus, rather than waiting for the dust to clear before entering the high-speed roadway, the driver took a risk and it caused the death of our client’s husband.

With that powerful evidence, the case resolved before trial for an amount that the parties agreed to keep confidential.