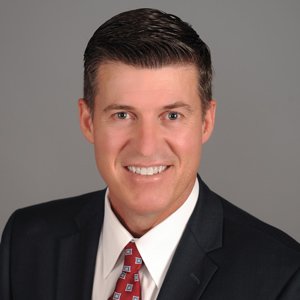 As a 25-year Arizona attorney, Matt Riggs focuses on personal injury and medical negligence cases. He fights for his clients around the state Superior Court. He argues cases in front of the Arizona Appellate and Arizona Supreme Courts. He also has argued cases in the Federal District Court.

Matt’s legal talent led to the creation of law in Arizona favorable for consumers (unfavorable for the insurance industry) in State Farm v. Connelly. Due to that case, insurance companies have paid Arizona consumers millions of dollars that would have otherwise filled the pockets of insurance executives and shareholders. State Farm fought against Matt and his clients all the way to the Arizona Supreme Court. Matt and his clients prevailed.

An unconventional path brought Matt into the legal profession. During law school, Matt worked at UPS (from approximately 2:30 – 8:00 a.m. 5 days each week). He wanted to work into the UPS corporate legal department. Thus, after taking and passing the bar exam, Matt drove a UPS package car. Unfortunately, his hopes were dashed when he found out UPS only hired attorneys with specific skills UPS needs and would only hire established attorneys.

Because Matt was concerned about the perception of dishonesty surrounding lawyers, he continued driving a package car. After driving for one year, a respected family friend told Matt that if he ran his own law firm, he could be as honest and ethical as wanted to be. That family friend also explained that the legal profession needed men like Matt who are honest and ethical. Soon thereafter, Matt hung a shingle and started his own law firm. That firm now has nine attorneys and five offices around the state of Arizona.

Matt began practicing law in 1995. Between then and now, he has not only served thousands of clients, but he has served God and his fellow man spending thousands of hours as a volunteer coach, as a leader in Boy Scouts of America, as well as various leadership positions for his church.

Matt grew up in Mesa, Arizona and raised his six children in Gilbert. He enjoys sports and spending time with his children and grandchildren.