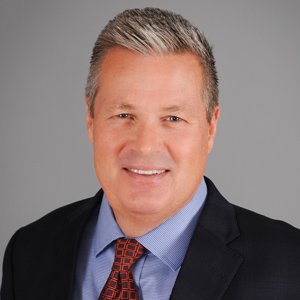 With 30 years of experience, Paul graduated from The University of Arizona School of Law in 1988 and has been practicing in the area of Family Law matters ever since that time.

He has been married to his wife, Mary Ann, for 35 years. He has four daughters all are married and he enjoys his grandchildren the most (much to the chagrin of his daughters).

Paul has always enjoyed sports. When he was younger he played basketball and football in high school. Before that he played little league. About that time his eyes unknowingly progressed to need glasses at about the age that the ball became too fast to see to hit. Now at his mature age, rather than play ball he enjoys watching sports of all various kinds. He and his wife go to the gym regularly just to keep up with the grandkids. And he golfs when he can find time (rarely) but loves it.

Paul loves music, having been in school choirs and bands.  He hopes to learn guitar and become more proficient with the piano.  Time will tell whether he actually gets there.

Paul has great compassion for people and loves to serve, especially children and youth.  He was involved in coaching T-Ball, Basketball, and Softball when his children were younger.  He has been involved in Boy Scouts of America.  He is now a member of the Advisory Board for the Mesa YMCA.

Paul has become a trusted advisor to many throughout his many years practicing law.  He know that no one really wins in a divorce situation.  But knows he helps the best people going through one of the toughest time of their life.  Using his legal skills, compassion and experience will help anyone who seeks services.